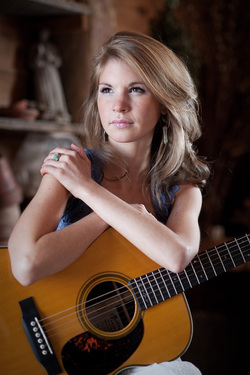 Hi! This is Amy Allen, I’m a singer/songwriter from South Portland, Maine, and I just turned 20 years old!

At 13, my sister Ashley and I started playing weekly gigs at a local Irish pub (Bull Feeney’s), opening for Carter’s bluegrass band. The two of us continued writing, playing and performing our songs at pubs and numerous charity concerts until she left for college and I stayed behind in high school.

From there I began writing up a storm and decided that I wanted to record my first EP and give the proceeds to the Tanzanian Children’s Fund. The 5-track EP, entitled “Honey,” evolved into something much larger than I ever anticipated! I earned the title “Best New Act” and “Best Female Vocalist” in the 2011 Portland Phoenix.  In early 2011 I wrote a song called “Neptune,” and because it won Boston College’s Singer/Songwriter competition, I got to open for Sugar Ray at BC’s Spring Concert!  I also spent time in Los Angeles where I auditioned for NBC’s the Voice! It was a life changing experience that made me realize how important music is in my life. This realization led me to enroll in The Berklee School of Music which I began in the Fall of 2012.

Currently I am playing all over Maine and writing as much as possible! In the last 9 months I have opened for Josh Kelley, The Wrecking, Sparks The Rescue and Jonathan Edwards.  Up next are opening slots for Ben Taylor, Randy Houser and Freedy Johnston!  Anyway, thanks for reading! Hope you know a little more about me now and how I wound up where I am today; pursing what I love by writing down my life stories and singing them to the world! 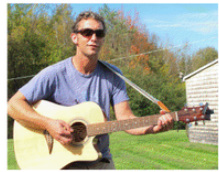 Heath grew up on Cliff Island in Casco Bay, Maine. His initial venture into music began with his sisters’ high school graduation gift, a guitar. A gift his college roommates would suffer through. At the same time as learning guitar he ventured into percussion. This led to his playing in a band formed on Cliff Island. The band
moved to Boston and played at venues throughout the city 1999-2002. Since this time he has moved back to Maine, had three children and expanded his lobstering business and plays guitar for his children. He has recently been writing songs and playing rhythm guitar with a band formed in Yarmouth, Maine, as well as pursuing solo opportunities. He has been fortunate enough to play for his sister’s yoga classes and has found this to be an enriching and enjoyable experience that he hopes to continue. 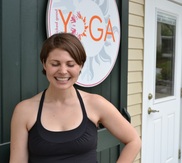 Katie Matzell is a Maine native who fell in love with yoga practicing at Wiscasset's own Wicked Good Yoga.
She has trained as a yoga teacher with Live Love Teach and marries her first love, music, with her passion
for yoga by providing sweet soulful serenades up and down the coast of Maine. Katie will be singing live, joining
Melanie Burns for the Be Your Own Bodyworker/Myofascial Release class on Saturday July 13th from 4:00 -5:30